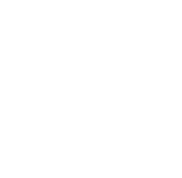 Net Entertainment has released the Invisible Man™ online slot. The game is based on the 1933 film adapted from H.G. Well’s Science Fiction Novel of the same title. Under the Universal license agreement, Net Entertainment developed Invisible Man™ slot in HTML5 so as slot players could enjoy the game from their desktop or mobile device via NetEnt Touch. Net Entertainment has launched the slot on all platforms at the same time. We’re hoping this becomes the trend as online casino operators and slot software developers realize the growing usage of slot play on mobile and tablets.

Movie themed slots are not new of course, but the release of this slot has been highly anticipated. The drug used by a scientist to make himself invisible in an experiment made him lose his mind and become psychologically unstable. He therefore became a deranged murderer. The graphics mirror the film in the 5 reel and 20 fixed-both way payline wins slot adaptation. Therefore, you have 40 ways to get a winning combo. The game can be played on auto-play and the coin values range from .01 up to .25 with a $100 maximum bet. There is a massive 200,000 Coin Jackpot to be won in this game if you play the maximum coins!

In addition to the high card symbols, the game has characters from the film. There are three wilds including the Police Wild, the Griffin Wild, and the Burning Wild. Police Wilds act as “Walking Wilds” and will show up on reel one and move to the right at the beginning of the spin. Contrastly, Griffin Wilds appear on reel five and will move to the left each spin. Merge the two walking wilds together to activate 10 Free Spins. There is also a re-spins feature with the two wilds.

There are two bonus features in the game, the Police Spins and the Griffins Rage Bonus Game. In the Griffins Rage Bonus Game, the objective is to look for the Invisible Man in specific locations in a Pick and Click style game. You are to choose the location wisely to be able to move onto the next round. In the third bonus screen, a multiplier kicks in. Stay away from the Police Man’s helmet or the bonus game will be over if you pick too many. In the Police Spins Bonus Game, the Police close in on the Invisible Man in three bonus spins where you will find 4 burning wilds appearing at random for big wins.

With a 96.4% RTP and plenty of action by way of re-spins, free spins, and bonus games with multipliers and wilds, there is a lot of blockbuster action to be had in the Invisible Man™ movie themed slot.